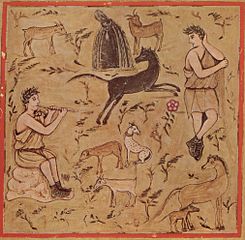 There is some activity going on with Apache James: some progress is being made replacing the Avalon dependency injection framework with Spring. This will make James easier to update going forward. The project has been stalled somewhat in the recent past. That is one reason I found the documentation to be hard to navigate.

I plan on giving a talk at the next Chicago Java Users Group meeting on configuring Apache James. The next meeting will be on January 19. There will also be talks on Guice and Apache Jackrabbit.