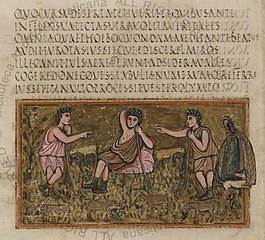 I posted an announcement about the James Admin Web App to the James developer list:

I started a project on GitHub that is a web project that people can use to perform some administrative tasks on a James mail server.

It works with the James 2.3 schema. It does not work with James servers that store messages and user info on the filesystem. There have been some requests/complaints for an easier way to perform some admin tasks in James. I found a link to something on sourceforge on the James wiki, but that project was abandoned.

I use Hibernate and MySQL. I assume it would work with other databases, but I have not tried to set up another database with my James server.

I am starting to look into the code for James 3. Perhaps James 3 makes this obsolete. Right now the documentation is pretty sparse. Anyway, try it out and let me know what you think.