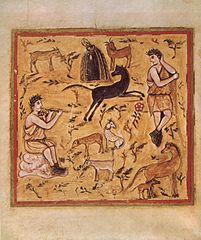 I am “Maven-izing” the James Admin Web App. It took a while. I was having a problem getting the Faces Servlet to work. I would either get blank areas on the screen, or the exception “java.lang.RuntimeException: Cannot find FacesContext”.

Part of the problem was the line with the tag library URL. This is what worked in NetBeans when I was using the NetNeans project format:

Here is what worked:

Yes, those spaces before the word “prefix” and between the “f” and the percent sign made all the difference. I do not know exactly why that is. I did some Googling, and I was not able to find anyone else who had this problem.