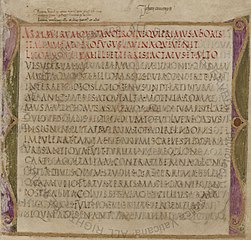 I made a few changes and cleaned up the James Admin Web App. I also added a few pages on the wiki explaining a bit on how to configure it and use it. I will post an announcement soon the James mailing list. Perhaps I will get some more response.

I posted that I planned on changing from JSF to Struts 2 since I see more demand for Struts 2 in the marketplace, but someone posted that I should stick with JSF since that is the official JEE standard. It was nice to see another person commenting on my project.