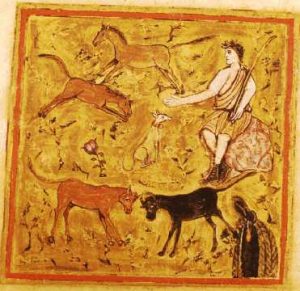 For a while I had four systems. One laptop (which is about four years old) and three desktops. I was using one desktop as my main system, and one as a firewall. A week ago, the main desktop stopped working. Sometimes it would boot up and work for about ten minutes and then stop working, and sometimes it would not detect the hard drive.

I took it into Best Buy, and they had to ship it off to the service center. They said the motherboard had to be replaced.

Then my firewall machine stopped working. It is pretty old, so I am guessing it just needs another power supply. So I am now using my remaining desktop as a firewall. If I run X it freezes after a while, but if I do not run X it will run with no problem.

My laptop is a bit old, and I did not want to use it as my main system. So I went out and got another one. I have had some issues with desktops just about every year. The power supply goes out, or I need to reinstall, or it just dies. My laptop has worked without any issue. Then again, my desktops were HP machines, so maybe they just used some cheap parts.

Anyway, I am thinking about just using laptops from now on. This means that at some point I will need to get a router in case my firewall dies.

This also means that my OpenCms server on my desktop is gone. I will start migrating the static content on this site to the blog.

There are 290 words in this article.