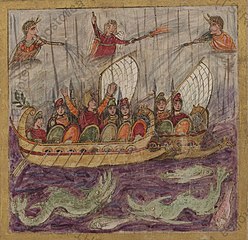 I was in Texas recently, and someone asked for volunteers for help with a Grails project. I gave him my card, and he sent me a link to the project and a link to an online book about Grails. So I am now learning Groovy.

I have been attending the Chicago Groovy User Group meetings over the past few months, and I think that this Groovy language is a good thing to get into. They said the Midwest seems to be the center of the action for Groovy in the USA. One of the speakers was an author well-known in the Groovy community who lives in Saint Louis, the big GR8 Groovy conference was a few months ago in Minneapolis, and there are some decent-sized Groovy groups in Chicago, Madison and Milwaukee. So it seems like there is a Groovy Crescent in the Midwest.