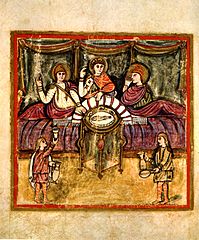 I started a new job yesterday. So I may not be posting too much new stuff lately.

However, I may post some old stuff. My desktop came back from Best Buy. They had to replace the motherboard, and I had to re-install Ubuntu. So I lost all of my files. (I have been making DVDs of the really important stuff all along.) So I no longer have an OpenCms server running. I may take all of the files in the static content portion of my site and copy and paste them on the blog portion.