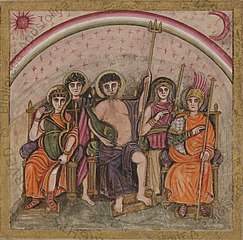 There is a thread on the Apache James mailing list about making an application to manage Apache James to replace the Remote Manager telnet application. A few people mentioned JMX. Someone mentioned the James Admin Web App, and someone else emailed me off-list.

The James Admin Web App uses JSF and Hibernate to change the database directly to add and delete users, get a count of users, get some stats on messages in inboxes, and delete the messages in the dead letter table.

The James Admin Web App never seemed to gain much traction, and I stopped pushing it. But it might lead to something. I emailed to the list that I am willing to be involved. We will see what happens.