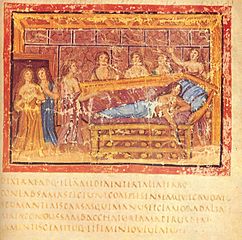 One of the reasons that I dropped it is that there is not rich text editor out of the box in Drupal. WordPress has a rich text editor out of the box. I think it is TinyMCE. For Drupal, you have to install the WYSIWYG module, and THEN go and get the files for one of the supported editors. I am not clear why they did this, but to me it seems like bad design. If I want one thing, don’t make me do something else first. I can get up and running on WordPress much more quickly.

Someone at the last Chicago Drupal meeting said something that is making me rethink Drupal. He said if you know you want a blog, you should go with WordPress. If you know you want a wiki, go with MediaWiki (the software behind WikiPedia). But if you want a web site that can do a lot of things really well, then you should go with Drupal. He did not try to pass Drupal off as the best at everything. Or even the best at anything. But if your site changes (and it probably will) then you should go with Drupal. It can handle the most types of content and site structures and paradigms of any of the content management systems out there.