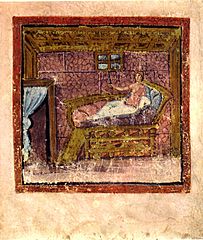 I am still going through the Rails 3 Tutorial by Michael Hartl. I am not implementing the examples as I go through it; I am reading it on the CTA as I go to and from work. I will implement them when I am done. I am able to follow most of it. I have done Java programming for several years, and I have also used Grails, so a lot of it was close to something I had done before.

Chapter 4 is a devoted to Ruby. There were a few small things in that chapter that I did not quite get. I have been going to the Chicago Ruby Meetups for a while, and I have not seriously dived into Ruby before this. So far I have been able to follow it. The only thing that I am not always clear on is that I am not always clear whether a class or method is part of Ruby, Rails or RSpec. A lot of times he will say where the classes and methods come from, but I think that if someone has little knowledge of Ruby or the Rails ecosystem it can be a bit confusing.

So far, I think it is a pretty good book.

At the most recent Chicago Ruby Hack Night, I met Obie Fernandez, the founder of HashRocket. He wrote an intro to the book. I asked him to sign my copy.

1 thought on “Update on Rails Tutorial”