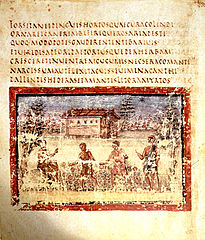 I am making some progress with the Rails Tutorial. I installed Ruby with RVM. RVM added one of my accounts to the “rvm” group, but not my main account. So I added that and for the most part things have been good.

I was having some issues installing the heroku gem. I kept getting permissions problems. I am not too clear why, since I was using an account in the “rvm” group. Then after starting another Rails app, I figured out a way: Add “gem ‘heroku’, ‘1.20.1’” to a Gemfile in a project, run “bundle install”, and I got heroku.

An interesting fact: When I used the gem for the first time, I had to enter my heroku password on the command line. I was able to copy and paste a complex password into GNOME Terminal. I did not know it was possible to copy and paste things into a terminal when it prompts for a password. I always assumed you had to type it in. I think I have used terminals where passwords did have to be typed in.