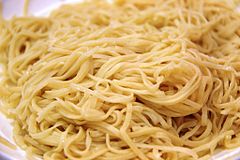 I still plan on posting more on concurrency. I made a small Java app to test out a few ideas.

Some of the discussions on Linked In had died down, but there were a lot of replies in the past few days. I am getting some contradictory advice. It seems like the more I read the more complicated it gets. This is making Actors look more appealing.

Do all languages have multiple ways of approaching concurrency, or just Java? It seems like other languages don’t deal with this stuff. I am surprised there are not three Thread pool wrapper libraries at Apache.org. Usually they solve a problem in Java three ways.

Image from Wikimedia, assumed allowed under Fair Use.