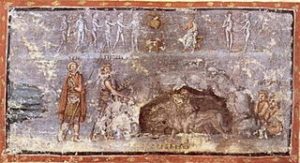 If you are having trouble naming controllers, go into the Rails console, call the “pluarlize” or “singularize” methods. This will give you the Rails conventions.

In browsers, when you type something in the address bar it will automatically be an HTTP get request

Rails forms will have hashes and sub-hashes

Forms in Rails
use the form_for method.

So you should see params[:station] with :station as a hash in the hash, and containing a key called :name

In the train station app, we could also do
Station.create params[:station]

How to change things in the database?
We use the HTTP method is PUT
We have to name our URLs in the routes.rb file

The form knows to label button “Update Record”
In the rails console, you can call x.new_record?
Rails can support HTTP put method with a “_method” param with a value of “put”

y puts it in yaml
Cheating:

TO get rid of it:

New is paired up with create, edit paired up with update conceptually, so pair them in your routes.rb file
In the update method of the controller, we could call @station.update_attributes(params[:station])

It is best to use named routes
If there is a URL with multiple HTTP methods, you only need to name them once
In the controllers, you use

If the path is stations:

But what if you need the ID?

If you send an ActiveRecord object to a route in a link_to call, you could just send it @the_station instead of @the_station.id
The ID is the only one you could leave off. Everything else must be specified.

We will have a lot of controllers in a web app.
You will be creating, deleting, updating a lot of stuff
You could just do
resources :stations
There will be a cheat sheet for the routes

A lot of people never learn the long way like we did, they just learn the resources :model
Even Hartl does not go over that, which kind of surprises me.

Scaffold:
singular for model, plural for controllers, singular for scaffold
It will make a lot of stuff for you

It creates something for a new station, as well as some edit, destroy, etc

afterwards
Scaffolding is not intended to be the final application
We will see that scaffolding will not do too much, especially when we have multiple models

Model validations: you will have rules about your models, aka business rules, or domain logic
don’t let a user sign up multiple times with same address, is credit card valid, etc, etc
These rules go in the model

If you change model while in the rails console, you either need to exit or call reload!
Many of the variables will no longer be valid
You could call m.valid? and m.errors (which gives a hash)
or call: m.errors.full_messages
That returns an array

The scaffolding will create error handling as well