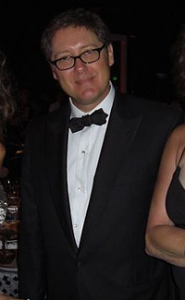 I am a bit late, but here is my summary of week 3.

The lectures were rounding out MVC. We made a model class, a controller class, and some view pages. We then made the necessary methods, views and routes to list all the instances, show one instance, edit an instance, and delete an instance. I have been planning to sit down and whip up an MVC example. I just started it last night. I will do it again tonight.

Then Jeff said that we don’t really need to do that. You can just run the

command. Neal pointed out that most people never learn the long way of doing it, they just learn the short way with scaffolding.  Not even the Hartl tutorial covers the detailed way, which kind of surprises me. The ironic thing is that on one day my pair partner is a guy who was taking a semester off from getting a computer science degree from Michigan State. When we had seen the “long” way of doing MVC in Rails, we were surprised at how easy it was compared to other frameworks.

I also saw my mentor. I wanted to do something with OAuth. I made some progress, but I hit a wall. I think the example that I was using was a bit out of date. Uncle Bob spoke. I got there late, but I was told that I saw the meat of the lecture.

I think I need to start getting more disciplined. I think that the “I have seen this before” phase may be ending for me. This is one of the reasons that I am going over the Pickaxe book. Another reason is that there was a shindig hosted by Braintree. Another student said she heard someone at the event who works at one of the local consulting firms saying that Code Academy should not teach just Rails, but more Ruby, since only learning Rails might not be giving people enough knowledge. This is a second-hand (or even third-hand) account of the event. But I guess there is some skepticism about Code Academy.

I also told another student that he looks like James Spader, and now he probably thinks I am a total jerk.