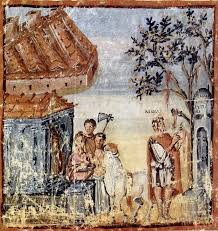 I only seem to have notes for the second day of week 4.

Scaffolding notes:
respond_to
partials: Like a server side include

You could use curl as well.

Try getting a png:

There is a method called responds_with :html, :json, :xml
Not used too often.  That was intended for all actions, but people did not want universal responders.

Scaffold does not provide any security out of the box.

The create action has an if block in the respond_to call to handle both a successful and unsuccessful creation.

In Ruby 1.9, you can use a new syntax for hashes

You can only use the colon for keys if your key is a symbol.
So if you mix key types like in hash i, things get a bit ocnfusing. Your value can be a symbol, but that colon must still be on the left.

Assigment: look at the destroy. What is head :no_content about?

There is a file app/views/runners/_form.html.erb
Partials begin with underscores.
You just use the render method.
You can use instance variables in the partial.

From index.html, you could take this and put it in a partial:

into a file called _list_of_runners.html.erb
and replace it with

It makes the index.html clearer, but clutters up the directory.

Back to associations:
One-to-Many
One movie has many actors:

What about many-to-many?
Actors are in many movies, and movies have many actors.
There is the notion of a “Role” in between Movie and Actor. That joins them together.
Movie <-> Role <-> Actor
Movie has many roles, and an Actor can have many roles
Roles would have id, movie_id and actor_id

IN the console:
the hard way

Another way to create a role

Some stuff on migrations and controller filters
What about the salary for the role?
You cannot put it in the old migration file and re-run that
The timestamps are on there for a reason

Controller filters:
In the controller, we do

quite a few times. (This would be better for something that is multiple lines.)
Make a method
def find_the_movie
It might generate the right thing.
end
You can call that when you need to
But there is still some repetition
If you want to call a method at the beginning of an action or method, that is a before filter
Put this at the top:

So even though destroy action has @movie in the first line, you won’t get an error since you get @movie from the filter
But index method does not get params[:id]. You will get an error
So how to run it only for certain actions

or to exclude some methods

DRY-ing code:
partials in views, pull them in with renders
controllers: use filters to extract common code

You can make your db lookups faster with indexes: