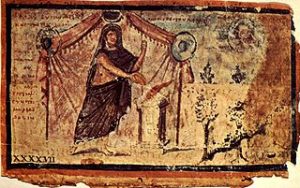 I am behind in posting weekly about Code Academy.

You can see the notes for weeks 5 and 6 for what we did. I also met my mentor at 8th Light.

The big thing over the past couple of weeks was Startup Weekend. There were no actual startups involved. The idea was to get four or five groups of Code Academy students together and make some apps in a weekend.

There were about 40 of us there. People gave ideas for applications, we all voted on them, and the top five ideas were not picked. Then people decided which app they wanted to be a part of.

The team that I am on was there all weekend. I think I stayed up all night Saturday night. On Sunday afternoon we all presented our apps to the group. I think it is a testament to the power of Rails that beginners could whip up some working apps in a weekend. This was almost two weeks ago. We were getting dinner on Saturday when I found out that Whitney Houston had died.

Our team decided to keep working on our app. We got together last weekend with the brother of one team member. The brother helped walked us through some agile methodologies to work on our requirements. We wrote the needs for different types of users on the whiteboard. Then we came up with features that would meet those needs. Then we prioritized them into “Must Have”, “Nice To Have”, “Later”, and I think the last one was “Who Cares?”

So we will probably get together in a few days to work on it some more. We pushed what we did on startup weekend to Heroku, and we started a github account for our app.

There are 310 words in this article.