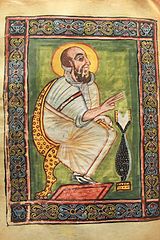 What happens after Code Academy?

At this point, I have no idea.

The goal is to get a job, perhaps an apprenticeship that leads to a job.

Right now I am trying to nail down my living situation. I have to find some storage for my stuff. Granted, if I am putting stuff in storage that means I probably need to get rid of some stuff.

I may go to Rails Conf.  First I have to get depressed about the hole it will put in my savings.

I am also trying to get an RSpec study group started here in Chicago. I could start building apps right and left, but I would like to do it the right way, with TDD and BDD.

As far as jobs, I would like to get a Ruby/Rails job. I just spent a lot of time learning it. I am not too thrilled with Java these days. There are too many web frameworks that are awkward to test and develop with. There are a lot of companies using old versions of these frameworks as well. There are too many ways to do concurrency. I think over time the Akka library will push a lot of stuff aside.

Sidebar: Why didn’t Sun just use Actors for concurrency in Java from the beginning? Or add them later instead of adding another concurrency API for every other version of the JDK? It is interesting that this is so convoluted in Java and there are so many ways to do it, yet when you talk to the Erlang people, they say, “We just use Actors.” And they have been happy with that for more than twenty years.

I was talking several months ago to someone at Groupon about threading and concurrency in Rails and Ruby. He said that those are things that they do not really worry too much about. He said, “Come to the dark side. We have cake.” That started my journey to Ruby and Rails.