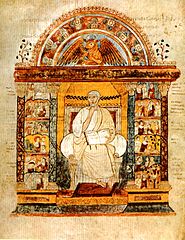 We had the first (informal) meeting of the RSpec study group. Three other guys showed up. All three plan on being mentors at Code Academy.

The plan is to mix lectures and “labs”. One of them had introduced RSpec/TDD to people while pairing with them, and felt it was a good experience. I thought we should mix in some lectures since there is probably more to RSpec than the

stuff we saw in the famous Hartl tutorial. So we will go over a few chapters in The RSpec Book first before setting up a formal schedule. We will probably cover some Cucumber and Capybara as well.

I mentioned during the Code Academy Demo Day that I was planning on starting an RSpec study group. One of the people in the audience was Bobby Norton, who spoke at CJUG about a week before. He told me I should talk to David Chelimsky. He is here in Chicago, is a contributor to RSpec and one of the co-authors of the RSpec book. Looking at his Github profile, I now realize that I had seen him around at events quite a few times. In all of the Chicago Ruby meetups and other events I had gone to, nobody ever told me who he was or that a giant walked amongst us.

I hope he doesn’t think I’m a jerk.

Image from Wikimedia, assumed allowed under Fair Use. Image from the St Augustine Gospels, a 6th century manuscript made in Italy in the 6th century, brought to Britain by the Other Saint Ausgustine.