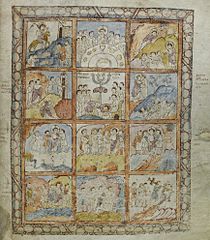 I will probably post more about RailsConf when I get back. So far I like the presentations that I have been to. Here are thoughts on a few presentations.

One of the best was “Use the Source, Luke: High fidelity data with event sourcing”, by Keith Gaddis (Twitter account here). Here is the synopsis:

Ever run into a really gnarly data problem and wished you had a do-over? Tired of wrestling with ActiveRecord to model a really complex domain? Looking for a good way to echo state changes to external systems? Then grab a cup of joe and settle in for a look at event-sourcing your data.

Event-sourced data uses Plain Old Ruby Objects (POROs) to model your data and exclusively uses events to mutate state on those objects. By serializing the events, the state of your data can be recreated for any point in time, and outside listeners can create specialized purposeful datastores of the data, enabling complex business requirements with fewer hassles. We’ll also touch on other architectural patterns like DCI and CQRS that play well with this idea

Someone afterward said that it was the best presentation they saw at the conference. People were still asking him questions and discussing the topic 30 minutes later. I will certainly look for the slides and video for this one.

Another good one was “Presenters and Decorators: A Code Tour” by Mike Moore (look at his Twitter account). The idea is that you use presenters and decorators when you have a lot of if statements in your views and templates.

I also liked “Ten Things You Didn’t Know Rails Could Do With Rails” (with 32 bonus stuff) by the always-entertaining James Edward Gray (Twitter account here).

Image from Wikimedia, assumed allowed under Fair Use. Image from the St Augustine Gospels, a 6th century manuscript made in Italy in the 6th century, brought to Britain by the Other Saint Ausgustine.

3 thoughts on “Update From RailsConf In Austin”