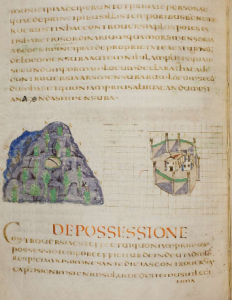 A few people I know tweeted to a Rails commit on Github that “Added a generator option to remove the public/index.html file when generating a new Rails application.” The people that tweeted about it said it was about time that this was included.

to the config/routes.rb  file.

It would generate this in the config/routes.rb file:

I ran rake routes with each, and they matched.

Image from Corpus Agrimensorum Romanorum, a 6th century manuscript on land surveying housed at the Herzog August Library in  Wolfenbüttel. According to Wikipedia, “It is one of the few surviving non-literary and non-religious illuminated manuscripts from late antiquity.” This image is assumed to be allowed under Fair Use.