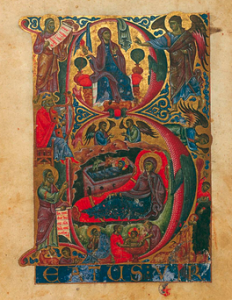 DHH  gave one of the keynotes at Railsconf . He talked about the idea of change, and changes in Rails. He said that the Rails committers will make changes to Rails if they feel it is best even if it causes some grief for people. The basic message was to stay agile. A lot of people come to Rails and they are only comfortable with the version Rails was at when they get to it. They do not change with the framework. DHH said we should change with the framework.

He seems pretty committed to Rails, which is good.

At my last job, we used a web framework called Seam. It is the worst framework I have ever had to deal with. At first I was enthusiastic about learning it, and enthusiastic about the job. But after several months, I found Seam to be awkward to work with, and hard to write tests for. I started to hate Seam, hate my job, hate my life.

One of the co-founders said that he was disappointed in my performance. He had hoped that I would give more input into the design of the product/application. The only advice I could give was to stop using Seam. He wasn’t going to go with that advice, so why give it?

(I remember one day one of the co-founders and I spent several minutes trying to get the other co-founder to grasp the concept of the sunk-cost fallacy. But looking back I cannot remember which one got it and which one did not.)

I was on the Seam mailing list, and I do not remember ever seeing a post by Gavin King, the creator of the framework. He is not even working on Java anymore. He is making a new JVM language called Ceylon. In all seriousness, does the world really need another JVM language? The point being that if Gavin King does not want to play with his toys, don’t ask me to.

From what I have heard, Gavin King is as much of a jerk as DHH. I wonder if they have ever met. Perhaps that would solve our energy crisis.