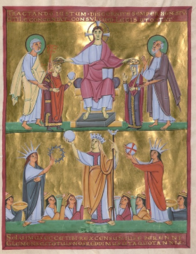 One of my frustrations with Rails is that there are few if any ‘include’ or ‘require’ statements. Now I am going to do something about it. At least something for myself.

I went through the Hartl tutorial (as do most Code Academy students, and many aspiring Rails devs). He uses RSpec and Capybara for testing. RSpec can be used for any Ruby project, while Capybara is used for web projects. I think it can be used for other Ruby web frameworks, and other testing frameworks besides RSpec.

One thing I find in the tutorial and the tests is that Hartl will just call methods and instantiate variables. I don’t always know whether he is calling something from RSpec or Capybara.

At one point, he says this: Because of subject { page }, the call to should automatically uses the page variable supplied by Capybara (Section 3.2.1). This is in refernce to the  file spec/requests/static_pages_spec.rb.

But where in Capybara does “page” come from?

The “subject” method is used for the models as well:

But there is no “page” model, or a “page” factory.  But it raises another question in my mind: What is “subject”?

In the Hartl tutorial, at say, like http://ruby.railstutorial.org/chapters/filling-in-the-layout#sec:pretty_rspec, he says
Because of subject { page }, the call to should automatically uses the page variable supplied by Capybara (Section 3.2.1).

So where does “page” come from? I am looking around the Capybara docs, and on http://rubydoc.info/github/jnicklas/capybara/file/README.md I see this:
Full reference: Capybara::Node::Matchers

Capybara has a rich set of options for querying the page for the existence of certain elements, and working with and manipulating those elements.

After some googling and some digging, and it looks like “page” is part of the Capybara::DSL module:
http://rubydoc.info/github/jnicklas/capybara/master/Capybara/DSL

At some point I will make a separate page or post with just the methods that pop out of nowhere, and whether they are RSpec or Capybara.

I made some progress on this.

If something is a class, like “page” in the Hartl tutorial (like on say spec/requests/static_pages_spec.rb)
you could just do

which would give you

I don’t know why I didn’t think of that before.

In that file he also calls some voodoo methods. In before do he has:

sign_in and visit are methods. You can get these by doing this:

or you could do that on one line each like this:

Which will give you:

Granted, getting “Object” is not too helpful. But it is some progress.

Someone on the Rails core team has a post about finding methods here.

In two previous posts, I wrote about my frustrations with methods in Rails tests that just seem to float in space and appear out of nowhere, and that the Hartl tutorial mixes RSpec and Capybara, and that it would be nice to know which is which.

In the last post, I wrote that sometimes when you try to find which class contains a method you get “Object”, which is not very helpful.

Here is the output:
The “sign_in” method is from one of the tests in the Hartl tutorial. I was explaining this to someone about an hour ago, and I realized why self.method says that  “sign_in” is part of the “Object” class: Because it is not defined in a class. In the application, Hartl defines it in a module, but in the tests it is simply defined in a file that contains neither  a class or a module.

In the root of the Rails tutorial app, you can run a grep command to find that method:

This will give you the following result

So here is the file spec/support/utilities.rb:

As I stated, in app/helpers/sessions_helper.rb the method is in a module called  SessionsHelper