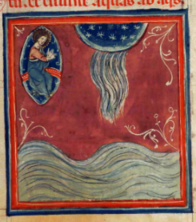 Here is an update on what I have been doing lately.

I am pretty done with Java, but I looked at the site for a Java library that claims to be thread-safe. I looked at the code, and they do their own thread pooling. I might keep a list of Java apps and libraries that do threading. But I still think that Akka might be the way to go.

I am also going through a Ruby book to review it. I have to post something in a few weeks.

I might also present in a few months at Austin On Rails. I kind of sort of agreed to present on JRuby and Torquebox.