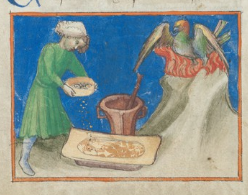 There is now a Groovy and Grails group here in Austin. I went to the first meeting. I may or may not go to more in the future; it might conflict with the Android group.

The guy who started it has big plans. He eventually wants to put on a Groovy/Grails conference in Austin. He also wants the group to contribute to something to help put Austin on the Groovy/Grails map. Quite a few people suggested improving the documentation for several libraries. I suggested there should be a better tutorial. The Grails site has a link to a PDF file on InfoQ  that is a couple of years old and a few versions behind. Grails could use something like the Rails tutorial by Michael Hartl. In the Rails community, you say “Rails tutorial”, and everybody knows what you are talking about.

I mentioned that the amazing Cedric Hurst would be willing to come down and speak sometime. He is very interested in building a strong Groovy/Grails community everywhere.