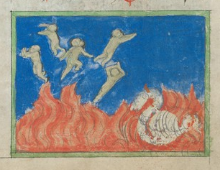 So here is an update on what I have been doing lately.

I am looking for work.

I might try going freelance. I might have a couple of gigs in the pipeline. One is Rails, one is Scala. I don’t really like Scala, but it might be an excuse to try the Play framework, and I think Akka is interesting. I have only briefly looked at the Play website, but I think it uses Akka actor framework. I attended No Fluff Just Stuff in 2011. I attended a talk on Akka.  The presenter went over the way that concurrency in Java is broken. I asked him if that means that all existing Java web apps are not thread-safe, and he said it does. I think running apps on Akka are going to displace the container-style Java apps.

I went through the Akka example app written in Java. I will post about that.

I am also working on some Ruby stuff.

I am working on a Twitter app to retrieve my tweets and format them in HTML. I have used a couple of Twitter plugins for WordPress that each week get your Tweets and post them on your blog. I liked it because I could use my blog to bookmark something. I could tweet the link with a note, and then later search for it on my blog. But they do not seem to be updated. The developers lose interest. One was really good, but the developer added a dependency, and it stopped working. So I decided to make my own. All this will do is run manually and spit out some HTML. I will then just copy and paste it to my blog. So I will just make something for myself.

I am also looking at the Rails Apps. There are a couple that I still have not gone through.

I am also looking at SciRuby. I submitted a proposal to give my SciRuby presentation at a conference in Dallas called Big Ruby.  They said you could interpret the themes broadly, so I did. The NMatrix library in SciRuby uses ATLAS, which is written in C and Fortran. I will go through the Khan Academy videos for linear algebra to learn linear algebra and learn how to use NMatrix.

In addition to the SciRuby project, there is an upcoming conference on using Ruby for scientific computing. I think that Ruby is under-represented in this niche, and that working on these issues could open up new markets for Ruby developers, in addition to the usual hyper local mobile social web stuff that Rails is known for. I think this could even have a positive impact on scientific research and scientific software. Thanks to Rails, Ruby has brought people from other walks of life to web applications. So I think Ruby could expand science research.