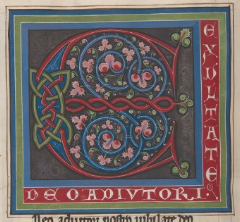 So I am looking at a Java job. From what I have been told, there is a lot of REST involved, so I am trying to get through a Jersey tutorial. I was having a lot of issues with Eclipse. I could not get it working with Tomcat. It turns out I had the wrong bundle. There are a lot on the “Download” page. “Eclipse for Right-handed People”, “Eclipse For Redheads”, “Eclipse for Australians”, etc, etc. I just want Eclipse, dammit.

I got it to run with Tomcat, but every time I tried to run the Jersey example, the Eclipse UI would crash. Tomcat would still be running, so I could still call the service. And Eclipse would be running in the background. But I had to keep killing it (at least I think I did) and restarting it. That got old fast, so I am going to try it with Netbeans. I always felt more comfortable with Netbeans. There are not as many plugins, so you have to do more things yourself, but having fewer versions makes it easier in some ways.