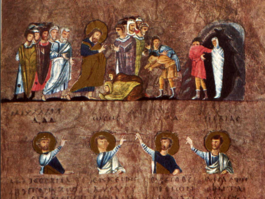 I am thinking about porting WordPress to Rails.

I was at Lone Star Ruby Conf in 2011. I was talking with another guy about CMSes and Rails. He said that it might not be too hard to write classes to interact with the WordPress schema. (Having looked at it for a couple of hours, I am thinking it might be pretty hard.) I think we got on this topic because when Rails came out, a lot of people thought that Rails would displace Java. I think that Rails has really displaced PHP more than anything else. PHP still rules the roost in CMS. He said that WordPress is a killer app for PHP.

Recently I started thinking about it again. I am on a few lists for local Ruby/Rails user groups. People ask about Ruby/Rails CMSes a lot. None of them ever seem to gain any traction. WordPress is still king. Perhaps a port of WordPress will gain a lot of users.

Granted, I would only be able to port what WordPress comes with out of the box. All the themes and plugins would have to be provided by others. Perhaps the Rails community as a whole has no interest in CMSes. Maybe I am out of my mind for considering it. But I may give it a couple of days to see what happens.

I found a gem that will reverse engineer ActiveRecord classes and a schema.rb from an existing database. So at least that part should be covered.

Image from the Rossano Gospels, a 6th-century Byzantine manuscript housed at the cathedral of Rossano, image from Wikimedia, image assumed allowed under Fair Use.