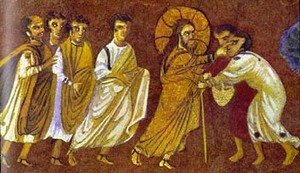 I started using the RailsApps tutorials.

They are pretty good, but I noticed a glaring flaw: There is only one model, the User model. You don’t just create an app where users do nothing.

So I started working with a couple of them to add another model. I also wanted to be able to test them. I wanted to make Capybara tests to test actions for both authenticated and unauthenticated users, similar to what Hartl does, but with a standard authentication gem. Some of the RailsApps use Cucumber, but I have noticed that most Rails developers are not interested in Cucumber, and it looks like Capybara can do some of the things that people do with Cucumber.

I have another app that uses Omniauth called Heroku Pinger. The “second_attempt” branch has some tests that I think do what I am trying to do:
https://github.com/emacadie/heroku-pinger/tree/second_attempt

People will put up a free app on Heroku, but sometimes when they give out the URL the app will not be very responsive since Heroku puts free applications into a hibernate mode. This app was intended to allow people to have a few apps get pinged every hour. John McCaffrey told me that is not very sportsmanlike since the point of free apps is to not suck up too many resources. He is correct, but I decided to keep going because the real point was to work with OmniAuth, and eventually work with mocking and stubbing tests as well. Besides, you could ping any site, not just a Heroku site.

For the Devise app, it turned out to be pretty simple. I did some googling on how to get a Devise session in Capybara. A lot of the results said you had to mess with a Devise dependency called Warden. They say you need to put the following line in your tests:

I think that some of that information might be out of date, because I went back and commented out those lines, and the Capybara tests still do what I intend them to do. Perhaps updates to the gems made that unnecessary.

The magic is to get an instance of Capybara::Session and pass it around as you need it. I put the code in spec/support/session_provider.rb:

The Capybara::Session is stored in the “page” variable. You can use it like this:

I have a slightly more involved test that actually adds a book and checks that the count of Books has increased by 1.

The OmniAuth test took me longer. Part of is I later realized was that I was using methods like “get” from the Controller tests, and not the Capybara “visit” method. Capybara has a “get” method, but for some reason I got nowhere with that. I wasted a lot of time thinking it would work.

The SessionProvider class is in spec/support/session_provider.rb and looks like this:

In the tests that use this, you just do this:

I looked at the OmniAuth wiki and a few posts on StackOverflow and tried and re-tried several  times, until I had my “visit” epiphany.

2 thoughts on “Update On RailsApps Tutorials”