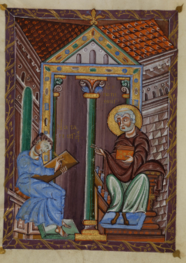 I am a bit late with the weekly update.

Last week was kind of like the week before. I am still at the new job. I am still working on a couple of side projects.

One is helping a local dev upgrade his site from Rails 2 to Rails 3. I fix errors as they come up. I am also adding some tests. I have some for the models. I am starting to add some for the controllers. I was just running the controller test and I thought I finally got it working. Bypassing the authentication took a while. (He is using an obscure gem for authentication.) Then I finally ran the whole suite, and some of the model tests broke. So I had to do some refactoring. Some of it might not be up to the best standards. I am explicitly creating objects instead of doing it all with FactoryGirl. But as Voltaire said: Do not let the perfect be the enemy of the good.

I am also still working with Groovy a bit, rewriting a DNS server in Groovy. It has some JUnit tests. I might replace them with Spock tests. If I am going to do it in Groovy, I should probably do as much in Groovy as I can.