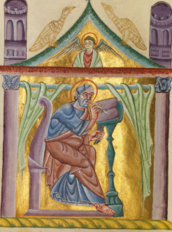 I was working on a port to WordPress I called RailsPress. I had lost a bit of enthusiasm for it lately for a couple of reasons.

The main reason is the database migration script was hard to work with. I had to keep installing gems manually to get it to work. I did not want to write a migrator myself. But I think that it might be good to be able to migrate later versions of the WordPress schema, and do it easily.

I have been looking at Groovy and Grails. There is also a Grails plugin for reverse engineering a database. It is maintained by Burt Beckwith, who is something of a Grails celebrity. I think Grails and Groovy have a brighter future ahead of them, so I thought that might be the way to go. But I might put that off and make GrailsPress after RailsPress.

I found another reverse engineering gem for Rails called rails_reverse_db. I installed it with bundler, and I ran it with rake. I tried it a few times. The first time I ran it by itself, and it created the scaffolding by itself. I tried it again with RSpec and FactoryGirl. One of the migrations blew up on creating the factories. So I did it a third time with just RSpec, and it seemed to work. I will look into it a bit. I hope the guy who made this gem keeps maintaining it. The schema files the two gems produced were identical.

So I think this has some promise. I guess there is a lot happening in the WordPress space. Justin Tallant (who used to live in the apartment above me in Chicago and has the most popular German Shepherd in Logan Square) had a post on WordPress wanting to become a web application framework. I think about 10% of all web sites are running WordPress. I guess that’s not good enough for the WP developers. If they move away from being a great blog, the world will move away from WordPress. Perhaps RailsPress can step in if that happens.