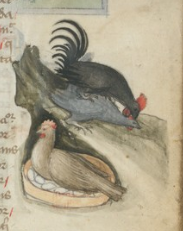 I am pretty late, but here is an update.

I am still working on helping a local developer upgrade his Rails 2 app to Rails 3. I hit a wall. There is a lot of Javascript. I do not know too much Javascript. I asked someone for some help. We will see how things go.

I am kind of thinking about reviving RailsPress. A Rails user group had another thread complaining about WordPress. In addition, there was an article on Naked Capitalism that the site was having some issues with a WordPress host called WPEngine.  WPEngine is in the Capital Factory, an incubator in Austin that hosts the Austin Ruby and Austin Rails groups. If I get RailsPress up and running, I doubt I will be talking about it at the Capital Factory.

I am also looking at Groovy and Grails. I am porting a DNS server written in Java to Groovy. I got the tests written in Spock. I have not started porting the server itself yet. Getting the tests from JUnit to Spock took a while.

I am also looking at Java concurrency. I am going through Programming Concurrency on the JVM by Venkat Subramaniam. I don’t know if I will ever use some of this stuff (I might use GPars in my Groovy DNS port), but this has been a big hole in my Java knowledge that I think it’s time I should fill. I might post about the Callable interface.

There are 269 words in this article.