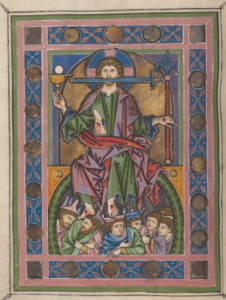 Here are the notes I took when Venkat Subramaniam was here for Austin JUG. I will mostly present them as I typed them.

Why Concurrency? Why do we care?

The Java memory model controls how info goes back and forth from main memory and working memory.

His arguments in his classes are all final.

In the account class. Should the getBalance() be synchronized?

“synchronized” gets a lock and crosses the memory barrier, working and main memory.

Accessing a volatile variable, wait, join, a few other calls where you cross the memory barrier. We could compromise the invariant, like during a constructor.

So if you do not make getBalance synchronized, you might get an old value.

The code could have deadlock, or livelock (you wait, but nothing waits for you).

When you call synchronized, you might wait forever. There is no time out. So you use the Lock interface.

So for ReentrantLock you could call tryLock, or throw the Exception, then you have to unlock it.

You can order the accounts by ID to removed threat of dead lock.

95% of Java code is broken for concurrency. (Is he including code for Groovy, Scala, Clojure?)

STM: We modify a variable (data) in our code. Shared mutability is bad. A few solutions: Avoid mutability. STM says let’s have a special type of variable: Managed mutable variable. It will only change in certain circumstances: a transaction.

Identity: Values are immutable. The stock price at 1:00 is different than at 1:10. But the 1:00 price will never change.

The identity is “google stock price”, points to a different value at different times.

We must protect the identity.

This changes it in a transaction. If there are conflicts, the transaction is aborted and retried. Up to 100,000 times.

Can we do it in Java? He used ref and dosync, so can we use them in Java?

clojure.lang.Ref. Look at his code, see what class he uses for Ref.

The set method will use Lambda expression in Java 8. For now, we could do a Callable. LockingTransaction.runInTransaction

He is using an inline Callable.call()

What if you try to put more in the to account than is the from amount? It will throw an exception.

You should not modify unmanaged variables in a transaction. Do not write to a file, print out messages, do not send email.

What about a long-running task

Problem with encapsulation: Many threads can call the methods that change your private variables.

It is like voice mail: Many people can leave him a message, he gets a lot of messages, he goes through them one at a time. Actors have built-in message queue. Asynchronous messages.

The Actor runs on a separate thread.

When do actors make sense?

The fields are immutable. The messages are not, so they should be immutable.

You can have variables in an Actor, since only one thread will touch an Actor.

It punishes readers as much as writers. In STM, readers are never blocked. Writers are punished.

Purpose of Actor is not to deal with shared mutability, you want to prevent concurrent access, you want to serialize.

You need Java 8 with Lambdas.

http://download.java.net/lambda/b78/docs/api/java/util/stream/package-summary.html
:: is a method reference

can be done as

Java is getting more functional

Synchronize and shared mutability can be avoided