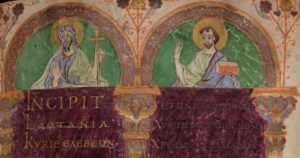 There are a couple of user group meetups this week that I had a part in organizing.

On Tuesday, Roger Brinkley, the host of the Java Spotlight podcast, will speak at Austin JUG. He has spoken at CJUG a few times. I put him in touch with the leader of the Austin JUG. I did not know that Roger would be in San Antonio this week. So it was a pretty nice coincidence that he happened to be in Texas this week.

Then on Thursday, Ken Kousen will speak at the Austin Groovy and Grails group. I am on the list for the Houston JUG. He spoke there a few months ago. I went to his website, and he was going to speak in Houston and Dallas in the same week. I just emailed him out of the blue, and I told him there is a Groovy/Grails group in Austin. I told him he should speak in Austin someday. He emailed me back, and said it was not possible at that time, but he would like to do it someday. I put him in touch with the organizers, and he will be here on Thursday.