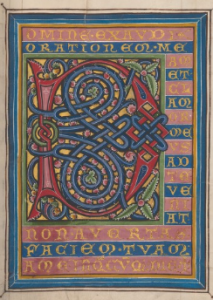 I have been going through Venkat’s book, but I think I might bail on going any further.

The book came out in 2011, and there have been a LOT of changes to Akka in that time. They stopped using Multiverse for STM, and started using ScalaSTM. There were a lot of changes from version 1 to version 2 (starting actor systems, creating actors, sending messages, pretty much everything). There was a change in the API as I was going through the book.

Some of the method calls require inline Runnables or Callables, and that gets kind of awkward. I think I will move on to other things and come back when there is another edition of the book. Or I might wait until Java 8 comes out. I think the closures will make things easier.

Plus, since Akka is written in Scala, a lot of things are unwieldy in Java. I really do not like Scala. It has the syntactical elegance of Perl, with the simplicity and focus of C++. It is like religion or cigarettes: Its advocates tell me that if I gave it a chance I would see how wonderful it is. I did, and it’s not.

That said, I have no issue with the idea of using something written in Scala. I might take a look at the Play Framework. That is not as odd as it seems. I do not like working with C code. But a LOT of important stuff is written in C: The JVM, MRI, databases, the Linux kernel. If I refused to work with anything written in C, I would need to find a new line of work.

One language I think I will take a closer look at is Clojure. At first I was skeptical about it: It’s just another Lisp, and Lisp has never caught on, so why bother? But I have kept an eye on it, and I think this might be The Lisp That Sticks.

In the next few months there are some Clojure meetups that will go over some Clojure web frameworks. I might look at them before that.

When Ken Kousen was here for the Groovy meetup, he said that he had a boss who kept saying, “Oh, we could do that in Lisp 20 years ago.” He thought it was really annoying. He said it was more annoying when he realized his boss was right.

There are 479 words in this article.