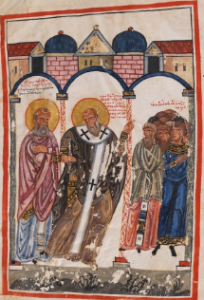 Recently, I stated that I did not know what to do with myself in my free time, or what to work on WRT technology, since there is a lot to work on.

I started looking at Struts 2. It’s Java, it uses POJOs and claims to be thread-safe. I have heard that it is used where I work, and I may get hired full-time, and so I thought it would be a good idea to look into it.

But when I go to https://struts.apache.org/release/2.3.x/docs/unit-testing.html, I got a warning pop-up window saying: “Syntax Highlighter: Can’t find brush for: xml”. I really hate it when projects have bad documentation.

I mentioned this on the list. Someone responded that you can find good docs at https://struts.apache.org/development/2.x/docs/getting-started.html. Notice that it is not a doc for a numbered release. There might be a link to that directory of files, but I could not see it anywhere. Someone else pointed out that this is a bad practice, and the developer who first answered my post said that it would be fixed in the next release. “Soon.”

There is also a notice that they are starting to work on the next release of Struts, and it will break backwards compatibility. Perhaps I should just hold off on Struts 2 for the time being.

I noticed that there were a lot of plug-ins for IDEs for Struts 1, and a lot more tutorials online for Struts 1 than Struts2, even long after Struts 2 was released. In many ways Struts 2 looks better. Yet it did not get as much attention.

So I think for now I will look at Groovy and Grails in more detail. There are a couple of Groovy books that have become available for free online. One is the new edition of Venkat Subramaniam’s “Programming Groovy” (at this link), and the other is “Beginning Groovy, Grails and Griffon” (at this link). I need to get a better understanding of closures/lambdas, since I think they will have a big effect on Java 8. Everyone raves about them, but they mostly seem to be used for looping or iterating.

Image from an 15th century manuscript housed at Universitätsbibliothek in Basel (Wikipedia page here), image from e-Codices, assumed allowed under Fair Use.