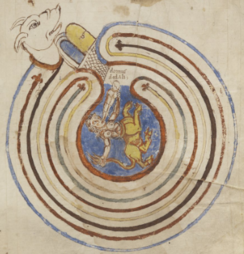 Last week my older laptop running Windows XP died. So I got one running Windows 8. The only reason I run Windows is because my mp3 player will not connect to my Linux laptop.

So far, it is okay. I have not worked with the touch screen. I like the fact that if you hit Windows-X you can have the old XP interface. It is nice that Microsoft is actually giving people some degree of choice. I guess that the newer way of doing things might someday become the standard, so I should probably look at it at some point. Maybe it will be like Intel’s Itanium: Consumers will ignore it and it will just die.

When I was setting up my user account it tried to force me to get a Microsoft account. I did some googling on my other machine, and one of the results pointed out there was a link in fine print that would allow me to log in without a Microsoft account. One thing that I did not like was that Windows 8 tried to call the mothership. I have my router set up to only allow explicit ethernet addresses through. But I could not get the ethernet address without logging in, so I had to disable that on my router. I got the ethernet address, entered it, and re-enabled that feature. I am not a security expert. Maybe the Russians are using my WiFi to plan their next invasion of Estonia. But I do not like doing something that I know for sure will make me less secure.

I then downloaded Firefox, the JDK, and a few other apps that I use, like jEdit and aTunes. For one of those, I downloaded an installer from Sourceforge by mistake that installed a browser add-on called mysearchdial. I got id of it from Firefox. I was only able to disable it in IE. I have not figured out how to delete it. I was a bit surprised that Sourceforge was installing spyware on machines. It is not that hard to avoid doing it, you just have to be careful what you click on.

But so far Windows 8 seems nice.