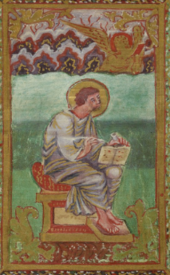 Here are the notes that I took at the April 22, 2014 meeting of the Austin JUG. There were some lightning talks about Java 8. The main presentation was about GPU acceleration on the JVM.

As always, the notes are presented pretty much as I wrote them.

NORM!!! (Norm Richards of the Austin Clojure group gave a talk)
jdeps is a new tool

Date/Time library
A pretty good one now. JodaTime
These objects are immutable
Time and Date APIs are pretty similar

Rob on JavaFX
JDK has a web browser inside it
Netbeans: It can convert inner classes to lambda expressions
Brian Williams raps ‘gin and juice’

GPU and Java 8
Gary Frost
Sumatra: GPU Acceleration of Java
GPUs are ideal for compute intensive, parallel tasks
Ideally nested loops where each pass through loop is independent of others

A kernel is a function

Aparapi was the next step
It was more natural, hid details of converting to OpenCL
It will execute code in a thread pool if you don’t have a GPU

Java 8 offers new APIs for dealing with ‘streams’ of data

For data parallel algorithms, we can request a parallel form of execution