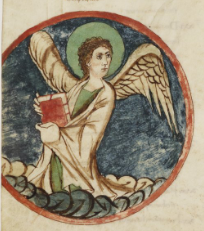 Lately I have spent a lot of time at my job building and supporting benefits systems for a few different states. This has involved (amongst other things) fixing defects and handling support tickets. I think we should encourage a standard for filing defects and tickets.

A good standard would be to do something like this:

I encouraged this on a few projects, and I only saw it happen a few times. Usually, the ticket would say something like, “The mother on this case is not getting any benefits”. I would look at the data for the case, and I would see that the mother should not get benefits. I would have to contact whoever filed the ticket/defect and ask them what they were expecting and why.

Recently I got tripped up on this myself. I had a defect, and the filer attached an  email thread. The penultimate message listed the expected outcome, pretty close to the way I did it above: “Expected Results: G, H, I”. So I started seeing how I could make that happen. But later I read the last message, which said something to the effect that, “There are really two defects here, let’s just focus on the first one.”

It has been said that software development is not only about technical skills, but also about thinking skills. In the recent case above, I was trying to be methodical, and I got tripped up by people being less methodical.

So I think there should be a standard for tickets and defects. State the actual output clearly (at least the parts that are wrong). State clearly what you are expecting, and if possible why you are expecting it. This should be in the main body of the defect/ticket, not buried somewhere in a comment.

There are 427 words in this article.