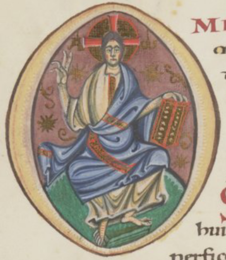 I am still going through the Grails constraints and seeing if any of them are put into a database schema out of the box, or how to do them with triggers.

I have not spent as much time on it lately. It is also a bit more tedious than I thought.

I am also looking more at Clojure. I think that functional programming will become more prevalent. Plus it also handles concurrency pretty well.

I would like to use Groovy or Clojure full-time at some point. Until that happens, I can only look at one. So I am thinking about going more with Clojure for a while.

On one hand, I think the Clojure community is stronger here in Austin than the Groovy/Grails community. The Clojure meetup happens every month. Sometimes the Groovy/Grails meetup skips a month, as it did in August. The organizers don’t want to be the only ones presenting. I have presented a few times, but I don’t think I am the town favorite.

The irony is that in general I think the Groovy/Grails community overall goes about things better. They are largely copying Ruby and Rails. Sometimes when you ask some Clojure people about web frameworks, you get this answer that they don’t like frameworks, they like to pick and choose amongst different libraries. “That’s the Lisp way.” Given that Lisp has spent several decades going nowhere, maybe “the Lisp way” is not the way to go.

That said, I keep getting the feeling that is where things are going. Here is something I posted last year:

When Ken Kousen was here for the Groovy meetup, he said that he had a boss who kept saying, “Oh, we could do that in Lisp 20 years ago.” He thought it was really annoying. He said it was more annoying when he realized his boss was right.

It seems to me that over time languages are becoming more like Lisp or Smalltalk, and less like C.

I still have a few small changes to add to Groovy Validators, and I want to look a bit more at the Grails constraints. But I might get more into Clojure soon. I am on the fence about this. I have spent a lot of time on Groovy and Grails (and money going to GR8Conf), but I don’t want to commit the sunk cost fallacy.