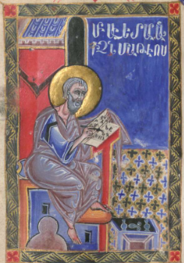 Two languages that I am looking at these days (and would eventually like to work in) are Groovy and Clojure.

There is a site called Find Grails Jobs. Most of them are for jobs for which you would code in Groovy and/or in Grails.

But there are a few that are really Java jobs. They will mention a lot of Java technologies, and Groovy is mentioned as a “nice to have” way at the bottom. Are some firms hoping you will sneak Groovy into a Java shop? Or are they trying to pull a bit of a bait and switch? I think it might be the latter. I like Java, but I would prefer doing Groovy. If I want a Java job, I will look on a site about Java jobs.

There is no site devoted to Clojure jobs, but there is one called Functional Jobs. They have jobs for a lot of functional languages. So much for purity.

One ad said (and this is a direct quote): If you’re interested in functional languages like Scala, Swift, Erlang, Clojure, F#, Lisp, Haskell, and OCaml, then you’ll enjoy learning Flow.

First off: I tried googling a few combinations of “Flow”, “programming”, “language” and “software”. I could not find a page that appeared to be a home page for a language called “Flow”. I did find a few pages about “flow-based programming“, which I guess is like Dataflows in GPars. So I guess “Flow” is some company’s proprietary programming language.

If you do not have what I want, then we have nothing to discuss.