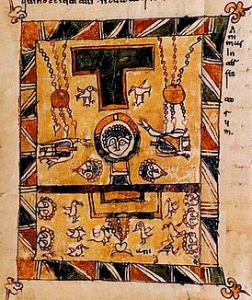 For the past couple of weeks, I have been working on some Groovy.

I have been working with some metaprogramming to make lists more functional in Groovy. I spent some time trying to intercept the constructors and replace the output with a call to List.asImmutable(). I wasn’t able to quite get the default call, but now that I think about it, that might be a good thing. I think it is good to have choices. I had to use a closure to get what I want.

I took a look at Functional Groovy. He does some stuff with lists, but he does not make them immutable. I think that is part of the functional way: immutable data. I have not committed anything yet, but I might soon.

I have also spent more time on my Groovy email server. It took me a while to get the hang of things. I wanted to use some of the Groovy goodness, but bytes and IO streams are pretty low-level, so I think I may have had to make some compromises. I made two versions, one that uses some of the Groovy goodness, and one that reads bytes. At first I was able to test the version that uses bytes, but not the other one. But the version with bytes is not working as well for some reason. I got another VPS host, and I email myself and print out logging statements to the console. After the “DATA” command, my regular server sends a “RSET” command.

But I figured out how to do some testing in the version that uses some of the Groovy goodness for the java.io classes.

I also got logging to work with Slf4J and Logback. I was using an older version of Logback that was causing problems, but upgrading fixed them.

Image from Silos Beatus Fragment, a 9th century manuscript housed in the Abbey of Santo Domingo de Silos, the same guys who did “Chant“; image from Wikimedia, assumed allowed under Fair Use.

There are 363 words in this article.