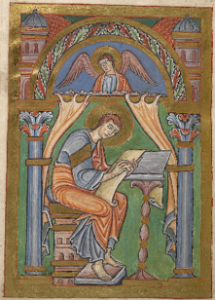 One question about Lisp is if it is as wonderful as its advocates say, why isn’t is used more?

One hypothesis is the Lisp Curse (see here, here, here, here, here). In essence, it comes down to “Not Invented Here” on steroids. Once you get proficient with Lisp, one person can do things more quickly with Lisp than entire teams using other languages. So one result is that there are very few commonly used libraries in Lisp (Common Lisp, Scheme, etc).

You might find a library that does 80% of what you want, but its creator won’t help you, so you just make your own custom library. And now there are two libraries that do almost the same thing. Repeat this for a few decades.

I first heard about this from Neal Ford at a talk on Clojure or general functional programming either at a No Fluff Just Stuff conference or a Ruby/Rails conference. He said that Clojure might be the Lisp that gains traction because it is on the JVM, and can thus use Java libraries.

Then I found out about Quicklisp, a “library manager for Common Lisp” that lists 1,200 libraries for every major implementation of Common Lisp. (Also, see this page on the Common Lisp wiki.)

Recently, I read about Roswell, a launcher for Common Lisp. What sdkman does for the Groovy ecosystem and rvm does for Ruby, it looks like Roswell does the same for Common Lisp. It can manage multiple installations of two implementations of Common Lisp, Steel Bank Common Lisp and Clozure Common Lisp. (Now that sound has three meanings in programming. Are you saying “closure“, “Clojure”, or “Clozure”? We need some closure on this issue.)

One things that Roswell does that sdkman and rvm do not is that it runs on Windows as well as Linux and other Unix-based systems.

I am still just getting started with Clojure and Lisp, but it looks like I showed up at an interesting time.

Image from an 11th century Gospel manuscript made in Lorsch housed at the British Library; image from the Virtual Monastic Library of Lorsch, allowed under Fair Use.