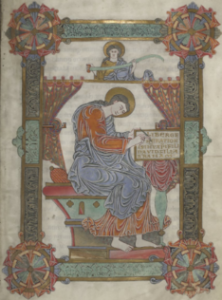 I bought Living Clojure by Carin Meier, and I am working through the second half. It seems like a nice language and a nice book. I hope to use it professionally in the future.

I also like Groovy. As Dick Wall would say, I am all about the Groovy, man. I also made some progress on the Groovy Mail Server. I made some progress on authentication using SASL. I using SASL classes in the JDK, but I had to implement some Callback handler code myself. I had some help from Stack Overflow. In general I like Java the language, but sometimes I feel like the API designers like to make things more complex than necessary. Interfaces, extensions, listeners, factories, handlers, the knee bone instantiated the thigh bone, etc, etc, etc.

One thing I found out today is that when calling static methods on a class in the Groovy shell, you need to include the full package name for the class. I prefer the shell over the console, but I may have to switch. I wish the shell could run any Groovy code as-is. After finding out about setting interpeterMode to true in the shell, I thought the shell would run everything fine. Oh well.

I also made some small changes. I was not catching a possible exception, and the code was not closing connections. When I logged into the server it had almost maxed out.