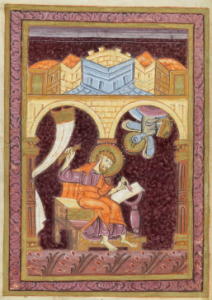 My Plan To Be The Smartest Person Ever is changing yet again. I have decided I will focus on Clojure for the foreseeable future.

I was at the Austin Clojure Meetup last Saturday, and I spoke with another member who I first met when I lived in Chicago, and was a gung-ho Ruby person for quite some time. Over the past year, this person has decided to look into Clojure. They interviewed recently for a Ruby position and a Clojure position. They got stumped on both interviews, and decided that they wanted to go all-in with Clojure, and recommended that I do the same.

They also recommended I get a subscription to Purely Functional TV. It seems like the whole point of that site is to help people get Clojure jobs.

I thought about it, and I agree with them. I would like to get a job in some form of Lisp/Scheme, and spend the rest of my life as an Enlightened Lisp Developer. The language that is most likely to make that happen quickly is Clojure.

One thing that cemented my decision is I went to a heated Vinyasa yoga class this weekend, and I realized I am not as fit as I wish I was, and I am not where I need or want to be in any area of my life.

(But I might still work on my Groovy Mail Server.)

Image from an 15th century manuscript housed at Stiftsarchiv, image from e-Codices, assumed allowed under Fair Use.