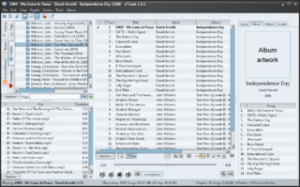 First off, that is not a typo: I really meant aTunes and not iTunes.

For the past few years, I have used an application called aTunes to fetch and listen to podcasts. One reason is I am pro-Java, and I generally prefer to use Java technologies where and when I can. Another is that it is NOT something from Apple. I have always found it strange that lot of people in technology will say they are pro-open source, and they don’t trust Microsoft or other big corporations and think are they too smart to let The Man tell them what to do, yet they will buy anything from Apple without question. I like to strive for consistency.

aTunes has not been updated for a couple of years. I know that the makers of the JDK strive for backwards compatibility, but I think at some point it might be best to use something that is maintained. Plus I had a hard time getting aTunes to work the last few times I tried it. I think I had to go a couple of versions back on one of my laptops. 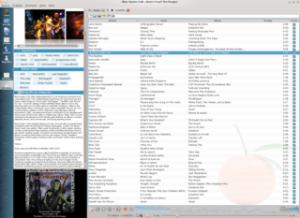 There is another music player written in Java called Jajuk, but that has not been updated for a while either.

I did some digging, and I found a multi-platform music player called Clementine. So far I like it.

So far, I am still using jEdit, but I am getting more into emacs lately. There is an emacs Meetup here in Austin. For a long time it met around noon, but now it meets in the evening.

Image of aTunes from Wikipedia, assumed allowed under Fair Use.

Image of Clementine from Wikipedia, assumed allowed under Fair Use.