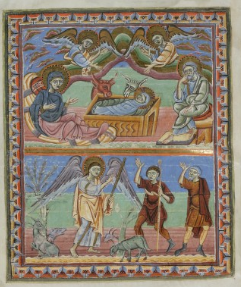 It’s time for another regular update.

Lately I have been getting more into Scheme again. I am going through Simply Scheme. Maybe it won’t help me get a job right away if I need one (who knows what could happen at a large corporation), but I have read and heard a lot of people say that Lisp/Scheme makes you a better programmer. I don’t simply want a good job and lots of money, I also want enlightenment.

I tried to use Kawa for Simply Scheme, but I could not get it to read the simply.scm and functions.scm files, so I decided to just go with Chicken Scheme. Both that and Guile can run the example files. Simply Scheme pushes itself as a prequel to SICP. One thing I find a bit odd is the talk of “word” and “sentence” as data types. But I am getting used to it.

I worked a bit on the Groovy Validator project. I might re-do it using run-time metaprogramming instead of compile-time. Using compile-time I had to use string interpolation to create another class with the same package and name as the class I am working on. It works, but it feels kind of dirty. If I go with strictly run-time, I will only be able to get it to work with Groovy properties:

and not with setters:

It is not as flexible, and it does not with using the “with” method, but using properties seems more idiomatic.

Not too much happening on the Clojure front for me lately. I think Simply Scheme exhausted my Lisp quota for the week. Hopefully I can do Clojure and Scheme at the same time. I started changing my emacs environment using the tools from Brave Clojure, and so far they seem pretty nice.

I have been going to the Austin Ruby Microservices Meetup (which is totally separate from the Austin Ruby Meetup and Austin On Rails). They are teaching people how to build microservices using event-sourcing. This is kind of new to me. I have never heard of event databases before. But if I can build thread-safe systems, then I am interested. A lot of it sounds like the sort of thing I hear from the Clojure and functional camps: immutability, thread-safety.

I might re-implement it in Groovy (and later Clojure). The group organizer said that was unnecessary, since JRuby runs on the JVM. I told him that in my opinion JRuby people seemed mostly like Java programmers jumping through a bunch of hoops they don’t need to jump through just so they can tell their friends they are using Ruby. He said JRuby is only tough if you are doing Rails, but I do not care. I had to do it in the past, I am not touching it again. Besides, agile and dynamic scripting on the JVM is why Groovy was invented. JRuby is trying to stick a square peg in a round hole and fill a niche that another language has already filled. It’s a solution looking for a problem. No thanks.