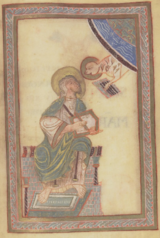 Not much going on. I am still working slowly through Simply Scheme. I am at a point where they want you to diagram some functions. Like diagramming sentences in junior high.

There is a wiki about QC called Quantiki. One page is a page with a list of simulators. One of them is a page called Quantum Playground. I found a couple in Java: one by a guy who goes by the name ardeleanasm, and one called JavaQuil. JavaQuil is a port of pyQuil, an API for a project called Forest, which is another QC cloud. It is run by a company called Rigetti Computing.