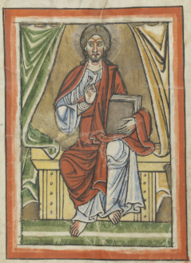 This week I finally got done with chapter 2 of Programming Kotlin.

IntelliJ IDEA sometimes takes a while to start up; at least it feels like it takes a while. Downloading Kotlin for the first time was a very slow process. So far it is a pretty interesting language. I am still not ready to make Android apps with it. I do think that Kotlin might wind up being the replacement for Java, despite what the Scala crowd thinks. Languages that look like a cat walked across your keyboard have limited appeal.

If I use Kotlin, it might just be for Android and command line apps. On the Kotlin site, there is a page recommending books to learn Kotlin. According to its table of contents, the one for using Kotlin for web development spends a LOT of time on JavaScript. JavaScript is also used for mobile apps. I really really do not like JavaScript. It is like a cancer that infects everything. And, yes, I know there is KotlinJS. There is also ClojureScript. And TypeScript. And Elm. And CoffeeScript. And BucketScript. And Dart. And the original wrapper, GWT. If JavaScript is so wonderful, why don’t people just use it directly? Why are there all these wrapper languages around it? That is in addition to the myriad of frameworks and libraries that all do the same things as the frameworks and libraries that JS developers were using last month. Instead of taking the Pragmatic Programmer advice of learning a new language every year, the JS community finds a new way of doing the same thing every six months.

Anyway, no progress on Scheme or Clojure. My future at my current company is still uncertain, so I might need to get back to Clojure.

I also spent some time trying to move my iptables firewall scripts to nftables. I found a page with some tools to convert, but I think some of them are available on straight Debian, but not Ubuntu. It looks like I will have to write them by hand. iptables is pretty obtuse. Many people do not deal with it directly. (Kind of like Javascript.) They make the scripts in admin panels, or they use ufw or shorewall. I used fwbuilder, but that is no longer maintained.