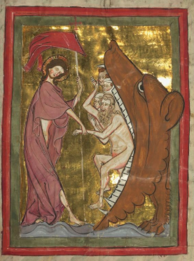 I am still going through Simply Scheme. I am on chapter 8.

I may also start going through the Clojure API. I have tried 4Clojure a few times, and I tried the Kotlin Koans. I don’t think that is a good way for me to learn. I have a Kotlin book that I am looking at. I have thought about going through the functions on the Clojure Cheat Sheet, but I would need some way to keep track of what I have done. I made a page with a list of the functions in the core Clojure API for version 1.8. I have thought about this for a while, but recently I found a page called “One Weird Trick To Become a Clojure Expert“, which advocates going through the API. I may not go alphabetically.

Plus, unlike the Kotlin API, the core Clojure API is small enough that you can actually get through it without feeling overwhelmed.

I also found out that lein and boot do not work with JDK 1.9 on Ubuntu. I gathered from web searches that Clojure 1.9 will solve the issue. It seems to work fine on Windows 10.