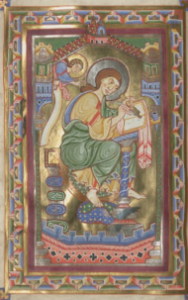 This weekend I planned on starting a Luminus app. But before too long I started looking at the database parts. This led me to look at HugSQL, based on a project outlined on a page hosted by a company called Compose.

I did a few things that are not in the article, incorporating a few more things I learned about HugSQL. I might add it to my Clojure app repo on Github in a few days.

Last week I mentioned I found a project that is a Clojure wrapper for Deeplearning4J. I did some searching on the Clojure subreddit, and I found a reference to a page about using Clojure on the Deeplearning4J website. Apparently there is an “official” port of Deeplearning4J to Clojure here. No offense to the other guy, but I think I will look at the official project first. I feel it is best to start with the official way of doing things before trying something unofficial. But it is always good to have options.